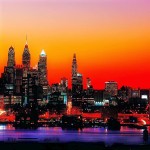 I love memes. Memes have actually been around my entire life. When I was in the 5th grade, there was news story about the boy who apparently fell into a balloon and went 8,000 feet up. But in reality, the boy hid in an attack just so his father can get media attention. At that age, we’d consider that a meme.

Towards the end of middle school, that’s when memes starting to pick up. Originally, memes were made in that famous format everyone now recognizes. in 2020, I consider that to be archaic. Memes have evolved and are still evolving over the years.

Memes matter because they are stronger then we think. Not only they humor us, but they also spread awareness, offend people, and cause political discourse. A lot of drama has happened in any online world because of memes.

I like to make memes of my friends to make fun of them and share memes that I find funny with friends and family. Meme communities are very large. If you have an interest, or your major, there’s memes out about it.

This site will be used for DGST 101